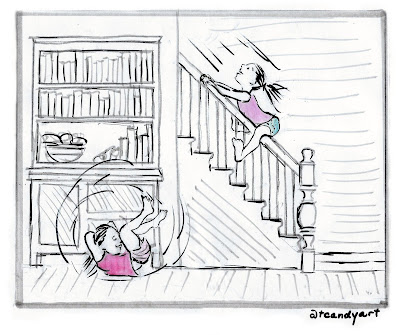 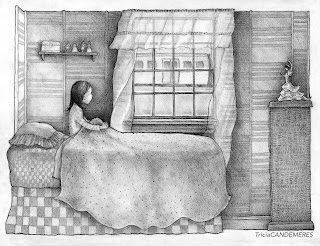 In grammar school, I had a sweet and quirky friend named Margaret who told me she was only able to do a cartwheel if she heard the song, "My Sharona."

If only I was so lucky. My Sharona didn't help my cartwheel. But it didn't stop me from constantly doing a terrible one.

On the first day of the fifth grade cheerleading team the coach had us sit down around the mats.

"Who can do a cartwheel?", she called out. Lots of girls got in line. When everyone was finished, I whispered to my friend Meg, "Maybe I should try." She encouraged me, and I raised my hand as a late entry.

I walked over to the now very quiet front of the mat. I lunged forward and landed on my knees with a loud grunt. When I sheepishly walked back to my spot, Meg said kindly, "I've seen you do better." I wasn't chosen as captain.

My friend Carol got to go to a gymnastics class. She would come back each week executing splits, back bends, and front walkovers, all perfect.

Carol and I made up a game we called Olympics. We'd each take a turn doing our routine, two cartwheels one way, and two back.  Then we'd walk back to our imaginary coach who'd yell at us in fake Russian, Chinese, German, whatever we were that day. We'd switch and play the role of the upset gymnast, out of breath and nodding their head while being reprimanded for poor performance.

Of course, Carol would do perfect one handed cartwheels, and I'd attempt awful regular ones. The pretend coaches yelled at us equally.

And here I am, many decades later. If there's someplace pretty, my husband and daughter know the drill. I'll do my sorry cartwheel, and they will take enough shots so I can find the one that kind of looks right. I even still do the grunt. 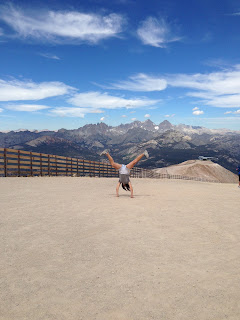 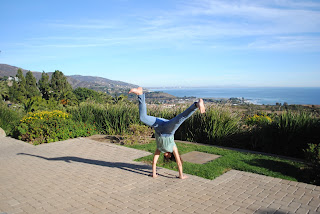 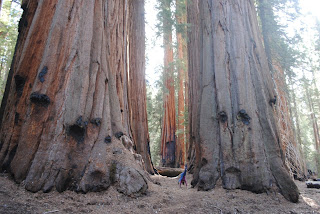 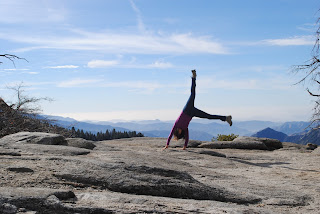 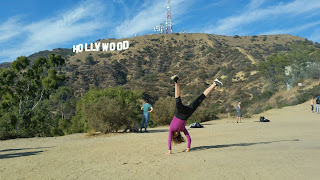 Today is the nineteenth anniversary of my Mom's passing. I wrote this little book not too long after that. I never finished it or knew what to do with it. You should be able to scroll down to see all the pages, or click on the upper right corner icon to view it as a Google Doc.
Posted by tricia at 8:45 PM No comments: